December 12, 2019
A printer is an electromechanical machine that converts the graphical documents from electronic format to physical format. Actually, there is an external peripheral device that connected with a laptop or computer via a cable or wirelessly in order to accept input data and print them on the papers.

An immense range of printers is available with various features ranging from printing which and black text to high quality colored graphics images. 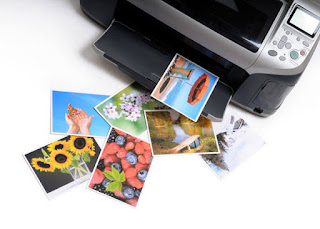 There are mainly two types of printer They are:

In order to create an image by making the print head to hit the ink ribbon and resulting in the ink disposition on the page in the desired format is called impact type. This can be quite complicated in nature when compared to other printer machines.

The popular example of impact type is Daisy wheel, Dot Matrix. Some of the advanced impact based in the market are IBM electromagnetic table printing machine, Line printer (High-speed impact printer), and Apple Image writer.

A Daisy wheel impact printer used to print symbols and characters. But, it can not print graphics. Working with the daisy printer is pretty similar to typewriters. This printer tilted Daisy Wheel printer as the print mechanism looks like a daisy; at the end of each petal is completely designed characters that only provide solid-line print.

There is a hammer that hits a petal which consists of metallic characters against the ribbon. After hitting the petal, the characters printed on the page. It prints 25 to 55 characters/second.

When any image or text prints on a paper without striking the paper, called non-impact type. These aren’t louder when compared to the other sorts of printer devices. Some of the trendy examples of this type include inkjet, thermal, and laser.

Inkjet printers act in the same procedure as a dot matrix printer in the form of characters or images with little dots. But, the dots are developed by small droplets of inks. Inkjet printers produce characters on a paper by spraying ink from its printing nozzles via an electrical field. This converts the imposed ink into the figures at the rate of 250 characters per second. The ink is absorbed into the page and the paper dries immediately. Multiple colors of ink can be used.

A Laser printer work in a similar manner as a photocopy machine. It develops texts or images on a paper by providing a laser beam at a mirror that rebounds the beam onto a drum. There might be various advantages of using a laser printer. But, the foremost advantage is its efficiency and speed at which it prints high-quality graphics and images. In fact, the laser printer is also proficient to develop color printouts.

Despite having various features, it has some major to minor drawbacks that often bothers users.  In order to overcome such situations, connect with printer repair Dubai and avail the best printer repair services.

A Thermal printer is usually employed to print documents such as shipping labels, receipts. Thermal transfer printers use a thermal print head in order to convert a solid ink from a ribbon onto a label supply to develop a permanent print.

Thermal printer principally utilized for business purposes. As these printers are able to print at a much faster speed than the other printer devices.

If you are looking for a printer repair technician in Dubai, then count on printer repair Dubai.
They offered skilled professionals who can provide you with the necessary assistance you might require.